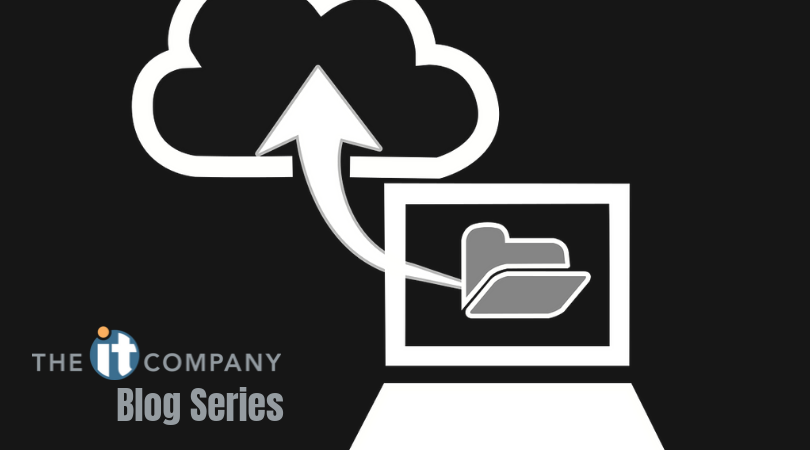 Why it is Critical to Back Up Office 365

Office 365 can be a powerful and productive collaborative tool- which is why it absolutely critical to back it up!

A few weeks ago The IT Company blog series talked to readers about how Office 365 is replacing traditional file servers. Because of the lack of growth file servers and the methods of accessing them easily have had over the last few decades, the flaws that file servers possess remain the same- crashes and downtime, inefficiency, and difficulty to access on the go.

The IT Company is continually moving our customers over to collaborative and productive systems, such as Office 365. Organizations who have made the switched are seeing an increase of productivity, consequently making them happier! Customer happiness is The IT Company’s number one goal so we love to hear the positive effects of a product we are implementing to improve our customers.

Being able to access your stuff wherever, whenever, and however you want- being able to communicate and collaborate around the files you need- and keeping up with revisions of file changes, can bring the desired productivity and happiness of Office 365. But at The IT Company, we want your productivity to be consistent. The IT Company wants to equip you and give you as much knowledge as possible, to prevent things from interfering with your success as a business. We have said it once, we will say it again- The IT Company spends a lot of time thinking about how we can minimize the risks out there for customers and improve the IT support we provide. Implementing Office 365 alone is not going to give you the long-term happiness we aim for. It must not only be implemented into your organization, but consistently backed-up.

Why is it critical to back up Office 365?

Office 365 is an extremely beneficial tool that can lead to great increase in productivity within a company. But just as with anything in the technology world, there will always be unexpected events that may occur. By backing up the applications of Office 365, it reduces the likelihood of permanently losing data.

As we shared previously, Office 365 includes:

Each of these applications can make a huge difference in your company. We at The IT Company are confident that you will see improvement in your company’s productivity from implementing Office 365. But don’t let your happiness stop there. Find happiness in the reassurance of backing up your Office 365, so that when something frustrating may happen, your back ups can eliminate some of that frustration.

The IT Company can’t say it enough back up, back up, and back up again. Your data is important to you, and you’re important to us, which is why we feel it so important to encourage you to back up your Office 365!