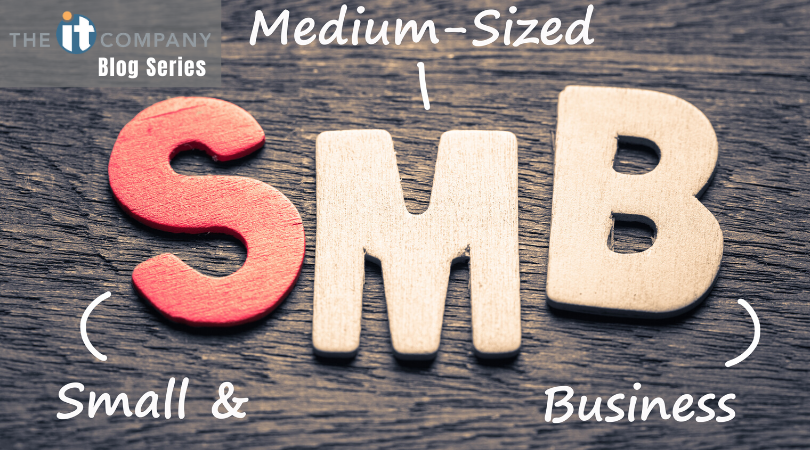 SMBs are Officially a Top Target For Cyber Attacks

For some time there have been many misconceptions and controversies regarding the risk small and mid-sized businesses are at for cyber attacks.

SMBs have often theorized that they are at less risk of falling victim to attacks than large businesses due to being less “in the spotlight," containing a smaller amount of content and data, and being less appealing to cyber criminals than big companies.

As a SMB ourselves and as a company who specializes and focuses on the security of other SMBs,  The IT Company has recognized and emphasized the risk SMBs are at for cyber attacks for years.

And according the recent research by KnowBe4, the assumption that SMBs aren’t a cyber-target, is officially dead.

In a recent report from Ponemon, they reflected on the intensity and focus on SMBs. If you are part of a SMB, the statistics below are frightening, and enough to make you take your cyber security seriously.

Reports are not only verifying that SMBs are victims of the very attacks large business have fallen to, but that the number of SMBs who have been attacked is continually growing. The biggest attack vectors being seen in SMBs are:

The use of social engineering is a huge strategy against SMBs. With all social engineering, no matter the size of the business, the most important tactic for businesses is to be educated and trained against the potential risks of the cyber world.

SMBs often have less resources and plans in place to protect their cybersecurity, making it easier for cyber criminals to not just target SMBs, but to be successful in their attacks.

“In SMBs especially, the lack of a security culture and proper security tools in place is cause enough to focus on aspects of security that will have a material impact on keeping the organization secure.”

If you are a SMB it is critical, now more than ever, to emphasize protecting and securing your network. As a SMB you may not currently have the same resources as large companies to protect your security. At The IT Company we have experiencing protecting SMBs security, resources to ensure you are trained and educated on best security practices and are dedicated to ending your IT frustrations. Schedule a meeting with us today!