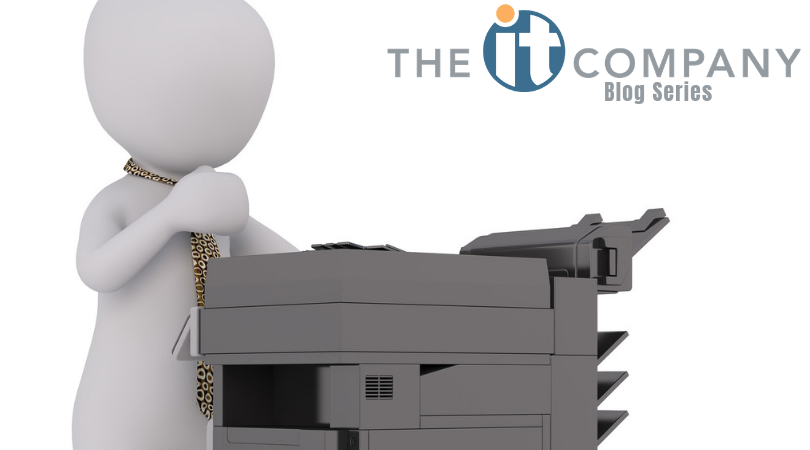 Is Your Office Printer a Threat to Your Security?

How often do you consider your office printer as a threat to your security?

At The IT Company, often times the common frustrations we hear about with office printers stem from troubles getting them to run correctly or the way that they are supposed to. Such as turning on, connecting to wireless networks, etc. Office printers can cause a high level of frustrations when you need them to work and they don’t. But it is rare that users are concerned with the security of an office printer.

However, according to recent findings from presenters at the DEF CON Hacking Convention earlier this month, office printers are actually a “cybersecurity nightmare.”

An article written by Mashable, released shortly after the discovery of these vulnerabilities, attempted to explain the potential of the severity these vulnerabilities could cause.
"These flaws could be used by criminals as to gain long-term backdoor access into companies for possibly years on end, allowing them to come and go as the

y please, undetected, stealing sensitive data. What’s more, criminals can spy on every print job and even send documents being printed to themselves or other unauthorized third parties."

The researchers who found these vulnerabilities, Pérez and Vivar, reached out to the manufacturers, and the majority of theses vulnerabilities have been patched since the discovery.

But the fear doesn’t stop there, even after the vulnerabilities were patched, there were “high risk issues” found in all the printers Pérez and Vivar tested.

Experts are encouraging you t
o change your office printer passwords, often, in order to protect yourself from these vulnerabilities.

Reach out to your IT department today to learn how you can best protect yourself against these potential threats. Don’t wait until it is too late! The prevention and recovery of your company’s IT should be a priority. 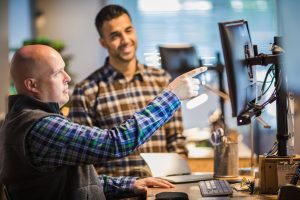 Are you tired of unreliable and unresponsive IT companies? Schedule a meeting with us at The IT Company today, to learn how we can help end your IT frustrations and keep you ruining at the level your company needs to be running at!