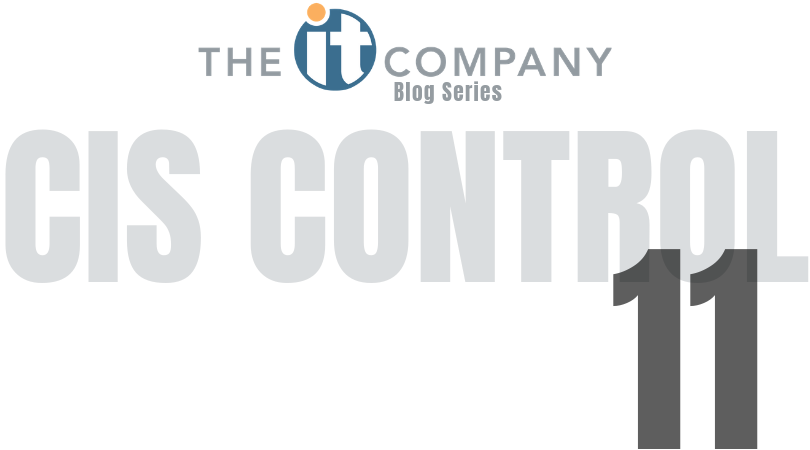 Let Your IT Company Manage Security Configurations for Network Devices

How often do you think about your company’s security configurations for network devices? Chances are, for most people the answer is rarely. Which is how it should be. Having an IT Company who manages technology aspects such as this allows you to focus on your role at your company, rather than worrying about IT.

Your IT company should have your security at the top of their priority list. Unfortunately, when manufacturers and resellers deliver configurations for network infrastructure devices, they are more concerned with marketing easy deployment and easy use than they are with your security. Ease of use and deployment are great attributes that have strong benefits, but IT companies recognize that with that can cause the default state of a configuration to put your company’s security at risk.

When configurations are in their default settings, there is a risk of information being exploited. Open services and ports, default accounts and passwords, and pre-installation of software you may not need or use, that come along with those default settings of the configuration, can all be exploited and cause serious security concerns.

Attackers are constantly looking for entry points to gain the access they need. When they find vulnerable settings, such as those in the default settings, they are able to exploit flaws and proceed to accessing networks. Once they have that access, they can intercept information and redirect traffic on that network. Vulnerabilities in these settings are typically “inconsistencies in firewall rule sets, routers, and switches and use those holes to penetrate defenses.”

Why should this concern you? Because if the attacker is able to use a small vulnerability to gain access to your company’s sensitive data, they now have the capabilities to potentially imitate as a trusted system on the network. A small vulnerability in your network configuration can turn into a security nightmare- resulting in downtime and expensive damage control, leading to frustrations and stress.

No one should have to deal with that.

This is where your IT partner and CIS Control 11- Secure Configuration for Network Devices, such as Firewalls, Routers and Switches- come into place.

By managing the security of configurations for network devices, not only on the front end, but continually, your configuration is constantly compared against approved security configurations that have been defined prior for each device in use and can alert you when there are any deviations discovered. IT companies can also manage the traffic flows to ensure they are secure.

CIS Control 11 is critical to your company’s security.

Don’t want to have to deal with constantly managing your company’s network configurations? Or do you have an unreliable, unresponsive IT provider who doesn’t ensure that you aren’t having to deal with IT related concerns? Reach out to The IT Company today. We want to not only solve IT issues on the front end and as they pop, but to implement preventative strategies, such as CIS Control 11, so that you don’t have to think about IT.

Schedule a consultation today so we can end your IT frustrations.