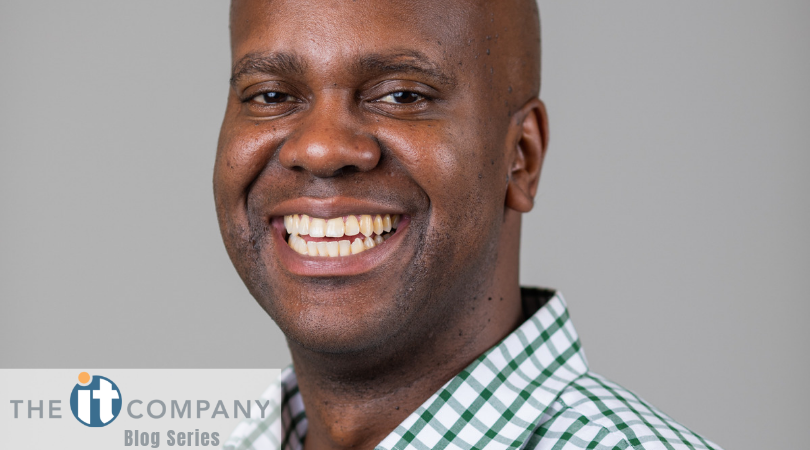 The IT Company is honored and excited to introduce Kenneth Herring to your IT department!

Kenneth has taken on the role as The IT Company’s Business Development Manager. Kenneth’s role includes making a lot of phone calls, attending one-on-one and small group meetings and attending networking events. He will be working to hear and understand problems potential customers may have and hopefully find alignment between those business challenges they are facing and the solutions we provide.

Kenneth brings a large amount of sales expertise to The IT Company. He has been in information technology sales for 8 years now. Kenneth and Paul have known each other through the community for many years now and Kenneth has developed a strong respect for Paul. When it was time to start looking for a new position, Kenneth knew that Paul should be his first call because he would love the opportunity to work for him.

When Kenneth was exploring his options of new places of employment, there were several things that were non negotiables for him- he wanted to remain in the IT world, he wanted to work for a company who valued and respected the importance of his time with his son, and he wanted to be surrounded by good people with high character. He knew from the moment he started the interviewing process with The IT Company that they were a company who valued all of those things as well.

Kenneth shared that from his experience, employee prospects for small businesses do not  often find an interview process as intense and diligent as The IT Company’s process. The way it was conducted gave Kenneth a good idea of the type of people he would be working with, before he had even been hired. It really stood out to Kenneth the overall commitment Paul Sponcia has to bringing individuals into his company of high character and work ethic.

Kenneth is committed to being the best at his position as he possibly can for The IT Company. He intends to do everything from an operational standpoint to ensure he is doing what it takes to be a good business development manager. He wants to constantly and consistently have a positive attitude and a good rapport. Kenneth wants to be there for the people he works with both professionally and personally. He is willing to assist in whatever way that he can to be the best employee and coworker.

The overall goal Kenneth has for himself at The IT Company is to help Paul grow the company from a sales perspective and in the manner Paul wants. “I want to deliver upon the objectives Paul has set for me, so we can continue to grow as an excellent company while maintaining an amazing culture.”

When asked to describe himself in 3 words, Kenneth shared he is; Compassionate. He always tries to remain focused and committed to looking at every scenario from someone else’s perspective and finding a resolution. Hardworking. Kenneth believes there is no substitute for hard work. Effort is a skill and It’s required to be successful in anything you do. A Critical Thinker. He aims to think analytically but also with common sense and reasoning.

In his spare time, Kenneth loves to spend as much time with his best friends as he can. He loves to travel. He is an avid basketball fan. He can’t get enough of spending time with his 7 month old son. And he simply loves experiencing new pieces of life.

Kenneth wants to stay at The IT Company for as long as he is producing at a high level and as long as Paul and the team are satisfied with his performance. Kenneth is excited for his new position for many reasons. He feels Paul is a wealth of knowledge and he can’t wait to learn from him.

Welcome to the team, Kenneth! We are so excited to have you and all that you will bring to The IT Company.